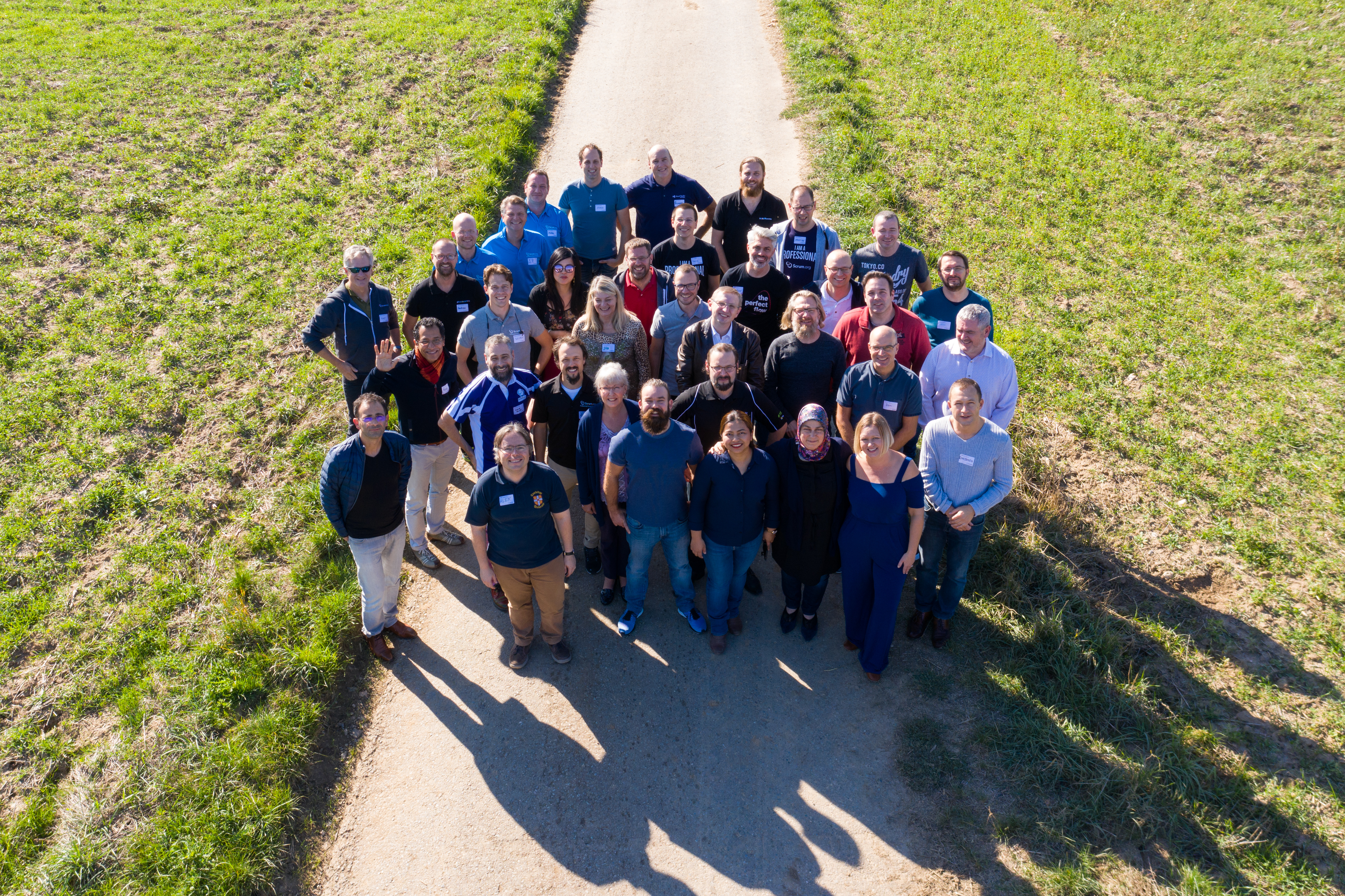 
This blog is written by Shirley Santiago, with a little help from Gunther Verheyen.

Everyone has a story to tell. Some write their stories in books, some in blogs, and some confine them in their hearts. I feel I have a beautiful story that is meant to be shared with the world.

My daughter, Bianca, was 8 months old when I started teaching Scrum (2013). You would think that as a mother with a young baby, I would go home straight after work and from the workshops I facilitated. But instead, I was out there until late in the evening, having more conversations about Scrum, engaging in after-talks and believing in my philanthropy.

A year later, in 2014, I learned about Scrum.org. (See my post “Finding Passion by Teaching Scrum”).

I entered the process of becoming a Professional Scrum Trainer (“PST”). At that time, I was told by my coach Jill Graves that there were only seven women in the community of around 160 trainers. How odd! With Jill on my side, I went ahead and formalized my application.

In 2015, as part of the process of becoming a PST, I attended a Train-the-Trainer class in Stuttgart (Germany). The class was facilitated by a guy from Belgium, whose name was Gunther Verheyen. Gunther who?! Indeed, Gunther was a total stranger to me, and the only thing I knew about Belgium were Belgian waffles and chocolates. Little did I know that this Gunther person would change my life forever. I totally appreciated his class, his teaching style and his views on Scrum. I let his personal feedback sink in and embraced it.

By the beginning of 2016, I had already worked on the feedback I received at the TTT and got additional certifications under my belt. The last step in the process, the last barrier I had to pass before becoming a PST, was the ‘Peer Review’, an interview and conversation with existing PSTs. I experienced it as the last gate phase to becoming a full-fledged PST. I was warned that it would not be easy, especially for me. Interestingly, I was told I had issues with smiling, engaging, and moving my hands. In short, I failed, with no clear sign on whether I would be given another chance at this. When you are really passionate about something, failure is really a bitter pill to swallow. And that’s exactly what I felt. At that time, I started questioning whether this was really for me. I was full of doubts. So I just sent an email to my teacher Gunther and explained how I failed. I had no real expectations of him bothering to actually reply. It was more like an impulse I followed.

For the two weeks following these events, I was listening to the song “Where Do Broken Hearts Go”, on endless repeat. One late night I was driving home from work along the popular Skyway, still listening to the same song, and a message from Gunther beeped on my phone. It was a one line email that said, “I will help…”. It was all I needed, to break down, to feel cared for and… to start crying. My tears fell down like waterfalls. I was literally sobbing and my eyes were all puffy. I regained strength and a sense of hope took over.

Gunther subsequently invited me for a couple of (online) coaching conversations, planning them over the next 2 months. I went into the first session feeling highly intimidated. But I mustered up the courage to ask him if he often did coaching like this, and he said “no”. I was flattered. Although at the back of my mind I still considered the possibility of this being a pity session. Whatever the case, I did not care anymore. This person calling himself a Scrum Caretaker was in front of me (although physically at the other side of the world). Here I was, a total stranger to him from the other side of the earth, a person he had only seen in some class quite a while ago. Yet he patiently gave me some of his, undoubtedly precious, time. I was grateful. I felt special. At that time it was exactly what I needed to pick myself up again. There and then I decided I was not going to quit from the process of becoming a Professional Scrum Trainer, which was a long-pursued dream.

And so I continued my journey, with Gunther virtually by my side, sending me short notes from time to time, checking in “has the peer review been scheduled”, “how’s everything”, “good that you are doing well in all aspects of your life”. As a mentee, that was the support, the encouragement I needed. And I kept going.

By the time I got finally accepted as a PST, I wrote to Jill Graves, “My top 3 people I would like to meet in the community are you (Jill Graves), Ken Schwaber and Gunther Verheyen, in that particular order”. Jill was thrilled that she was the first. And I did meet her first, before also meeting Ken. And so the only one left to meet was Gunther. And this year (2018), we decided that after three years of mentorship, it was about time to meet in person again. We arranged to meet at the Scrum.org Face-to-Face event for Professional Scrum Trainers in Stuttgart, Germany. The same place where my TTT class happened, exactly three years later. I was gratified to also meet up with Jill Graves, Peter Goetz and Steve Porter at the same event – my great mentors. See photos of our reunion below.

So keep believing. Anything is possible. And as Gunther once said, “I’m glad you found your way home”. 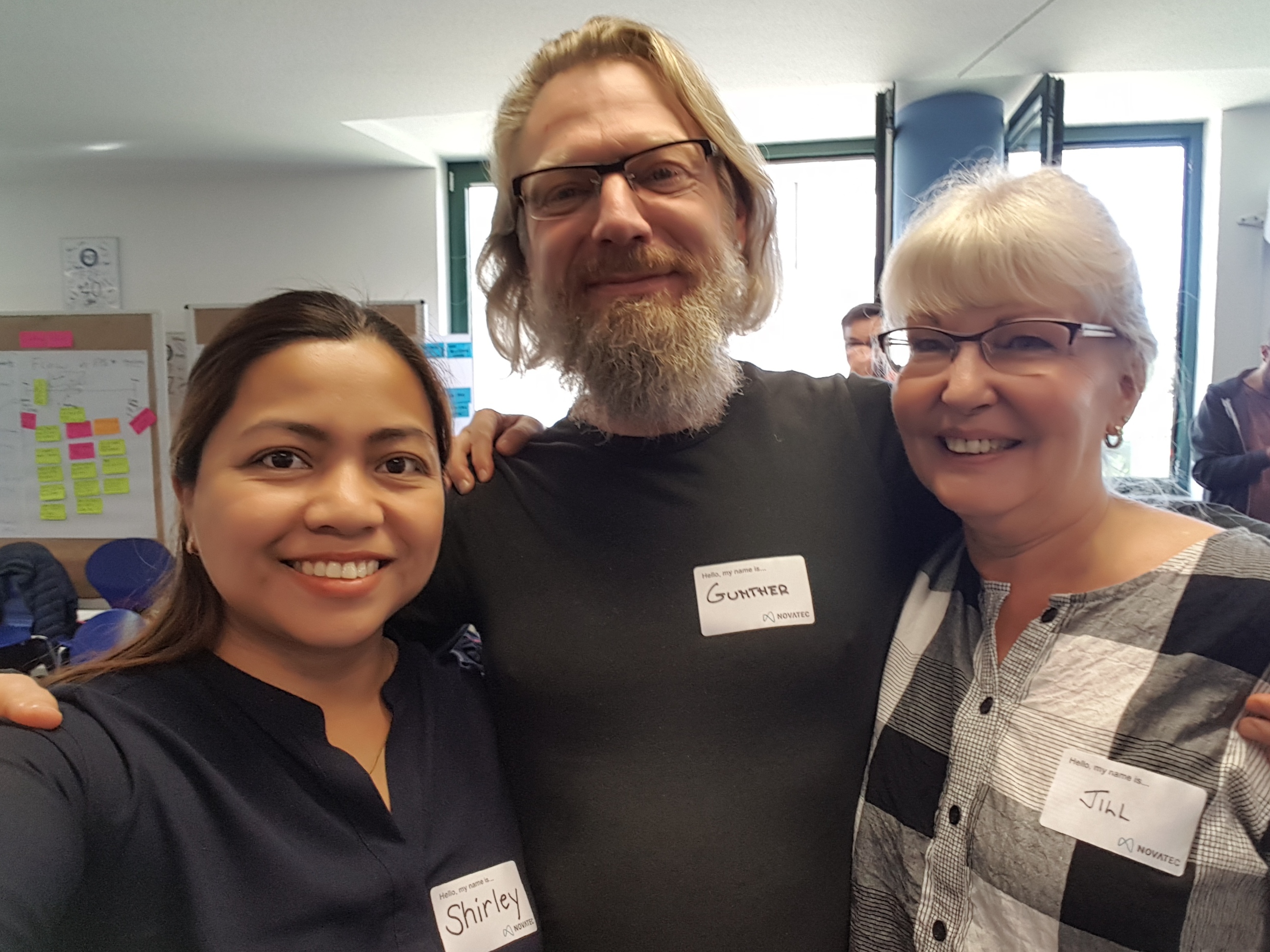 Myself, Gunther Verheyen and Jill Graves at the Scrum.org Professional Scrum Trainers Face-to-Face #49 in Stuttgart, Germany 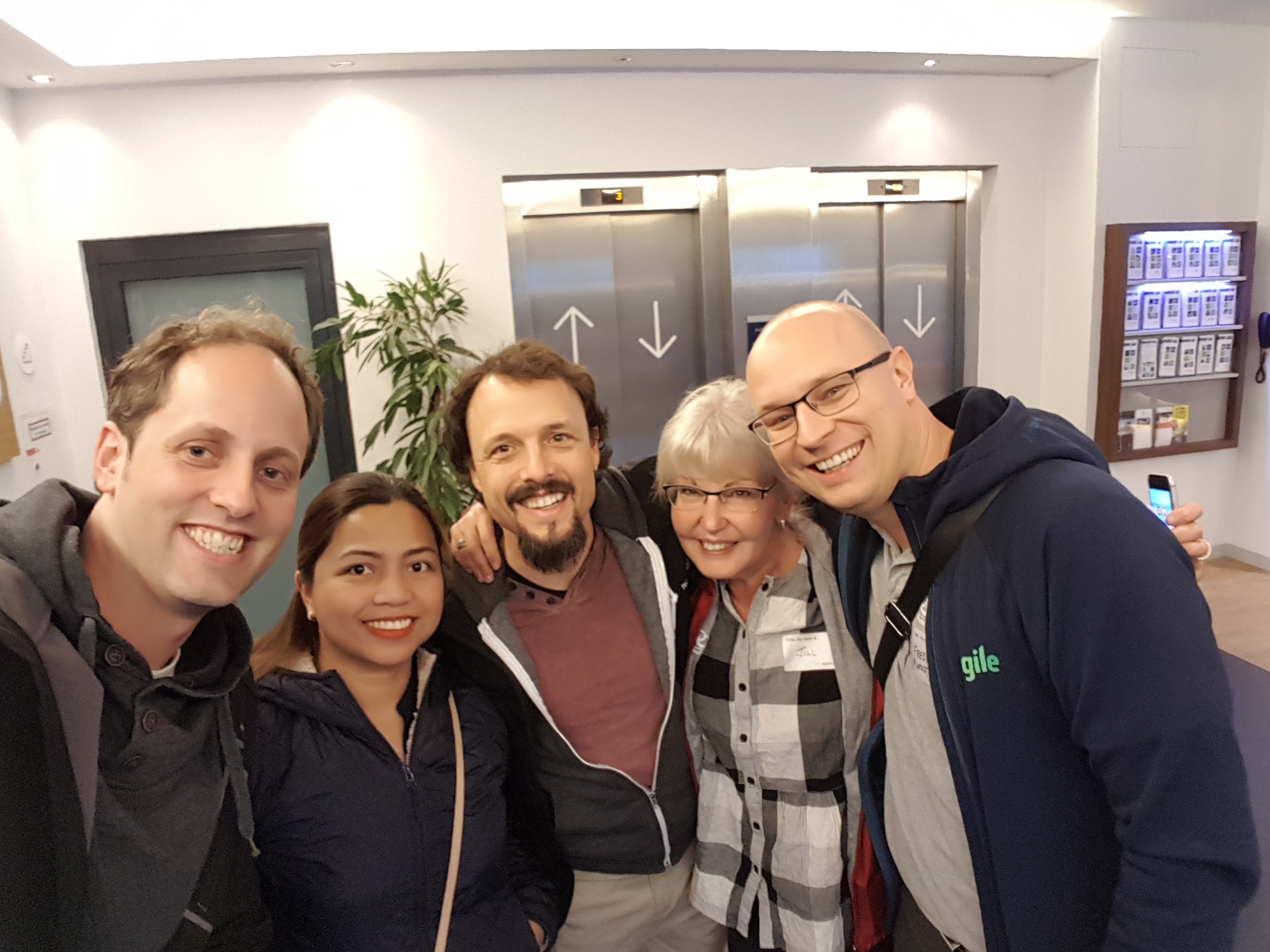 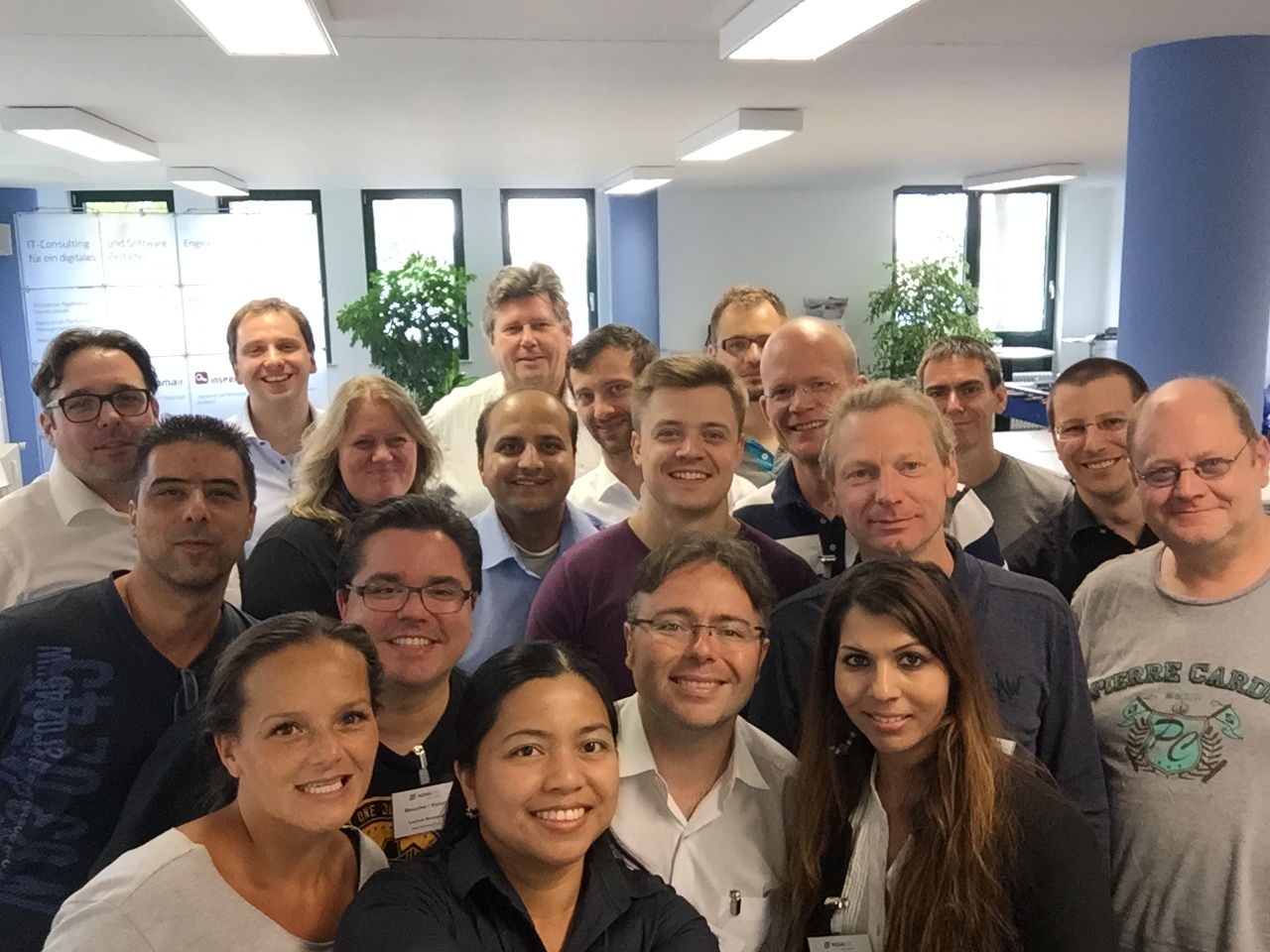 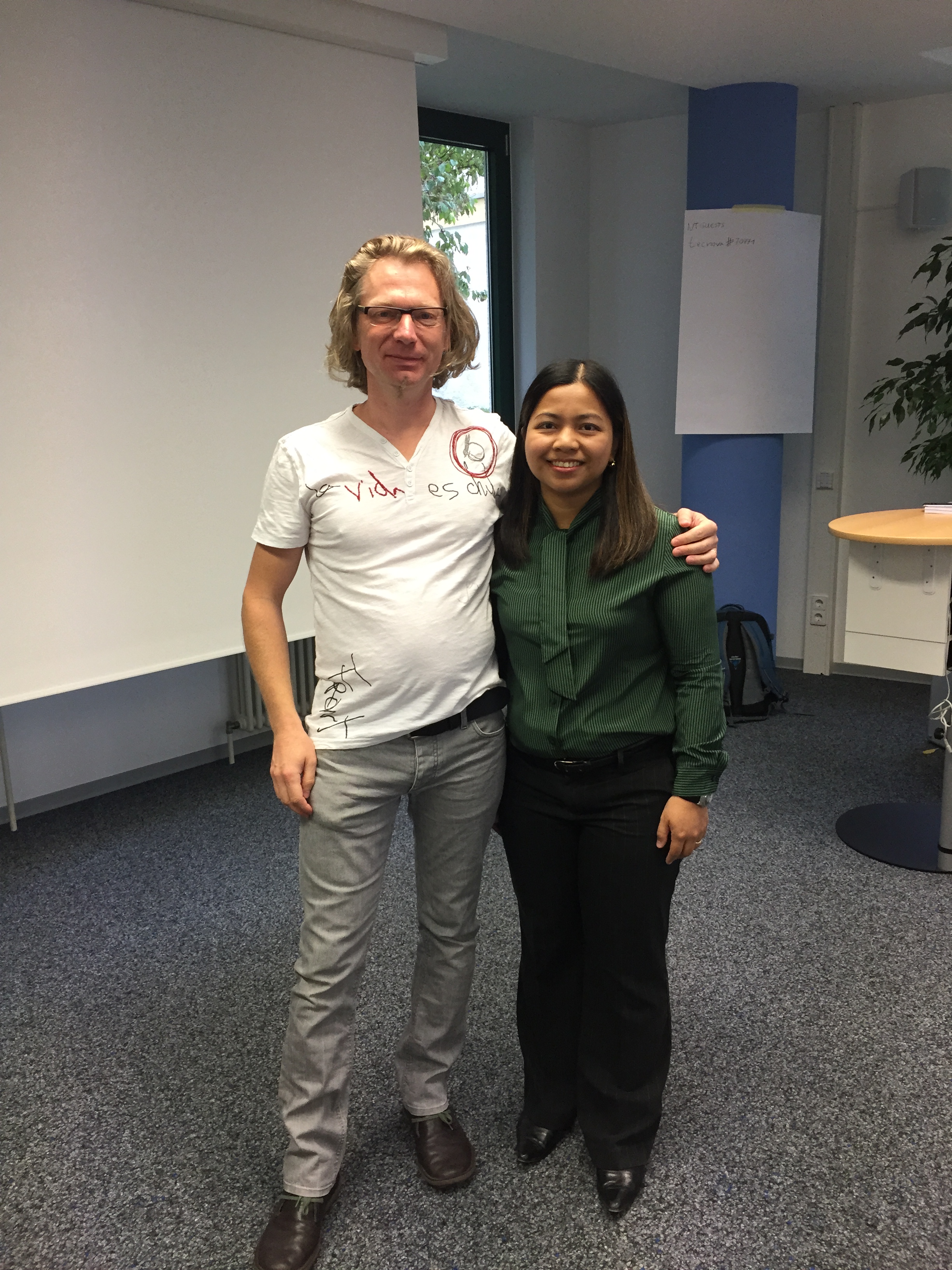 Random photo taken with Gunther back in 2015 at the Train-the-Trainer class, September 2015, Stuttgart, Germany 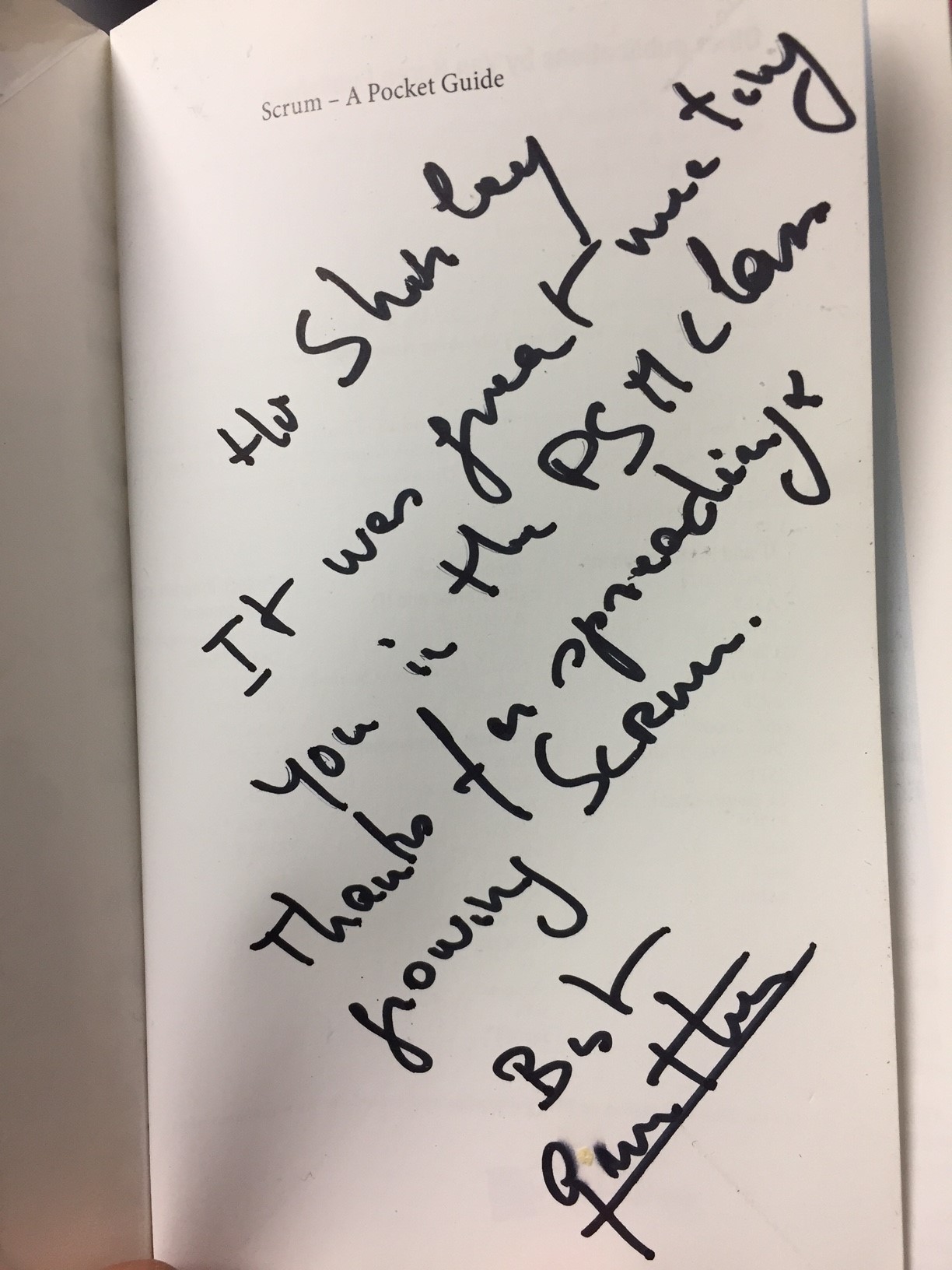 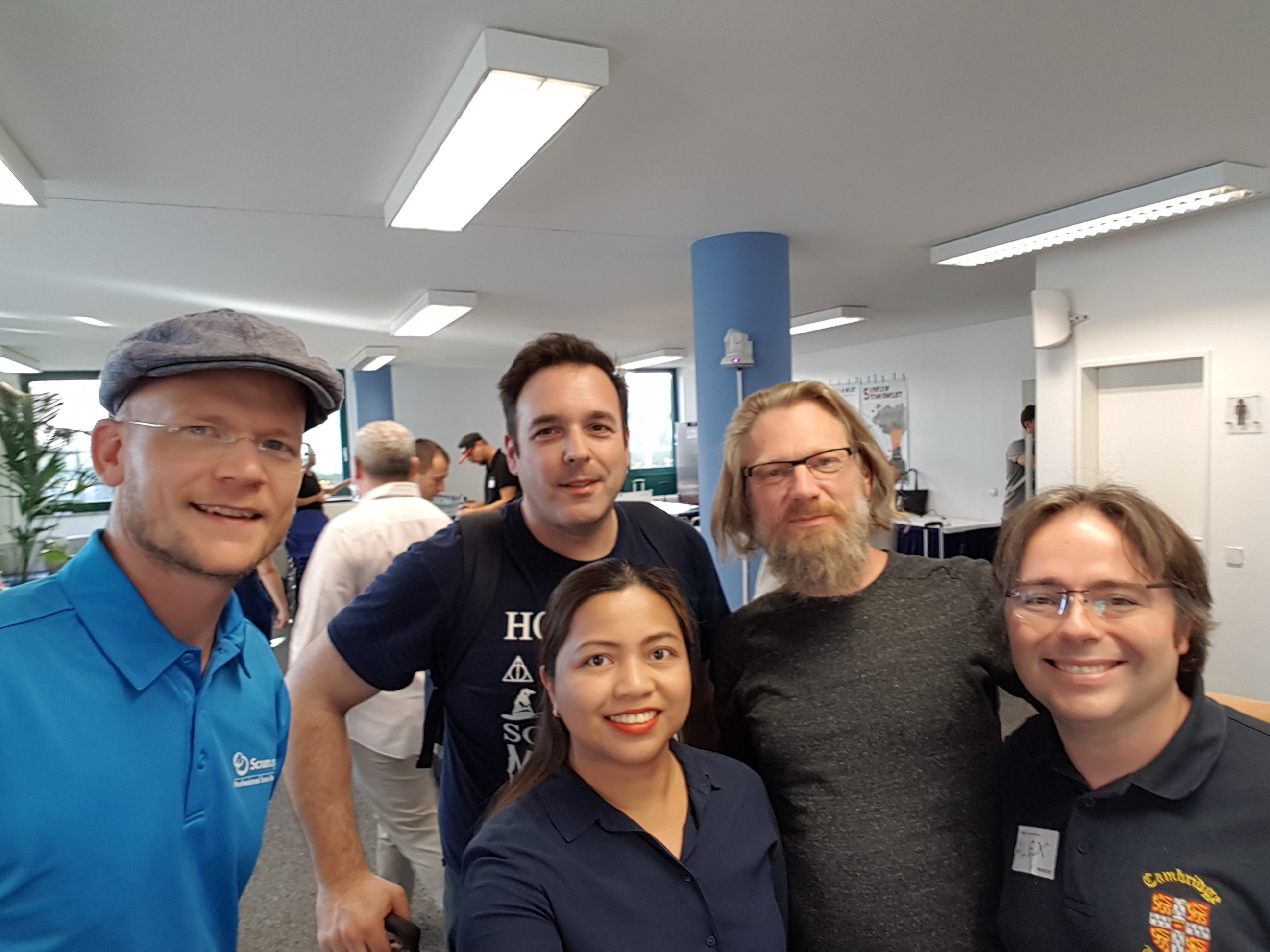 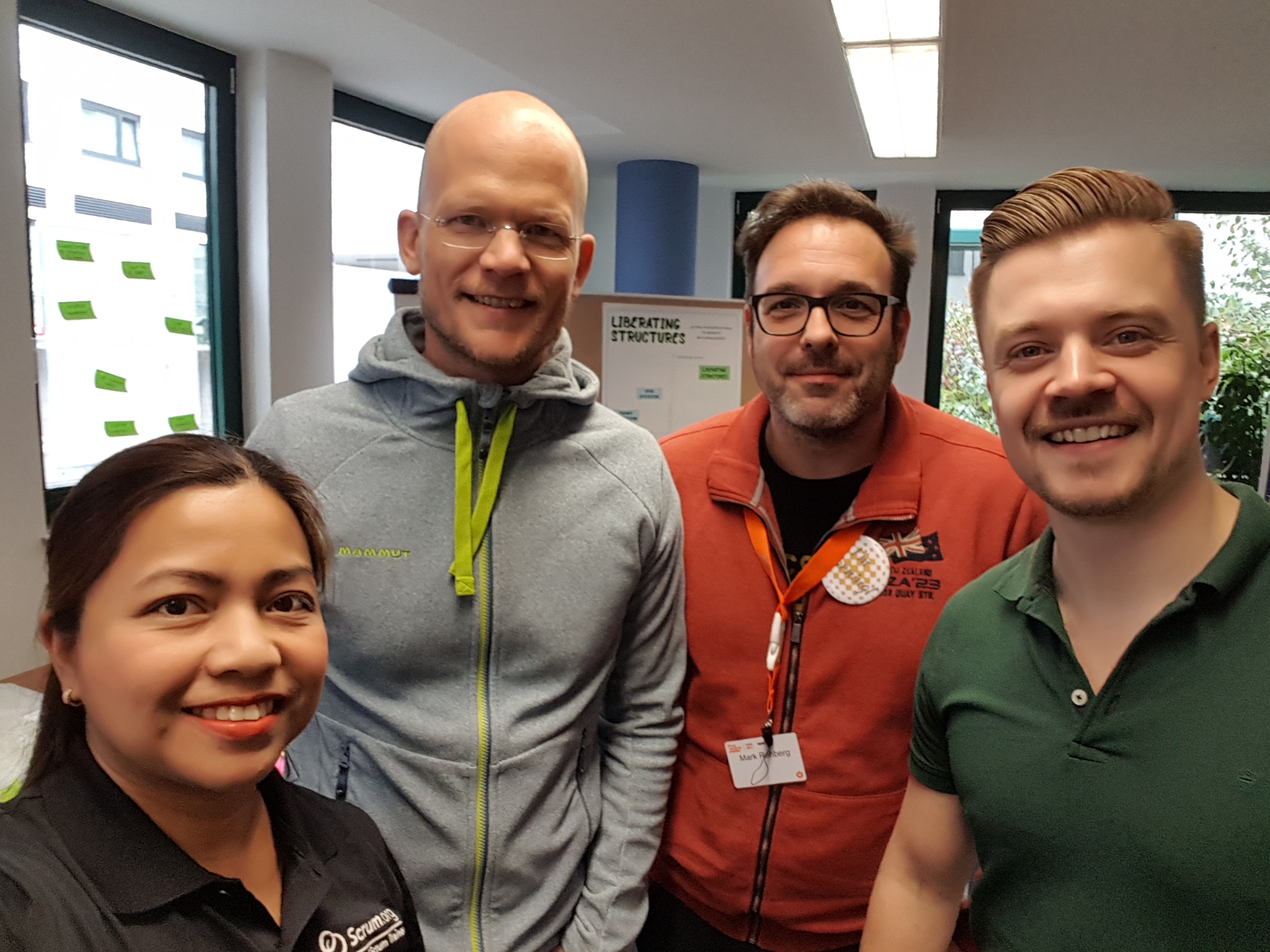 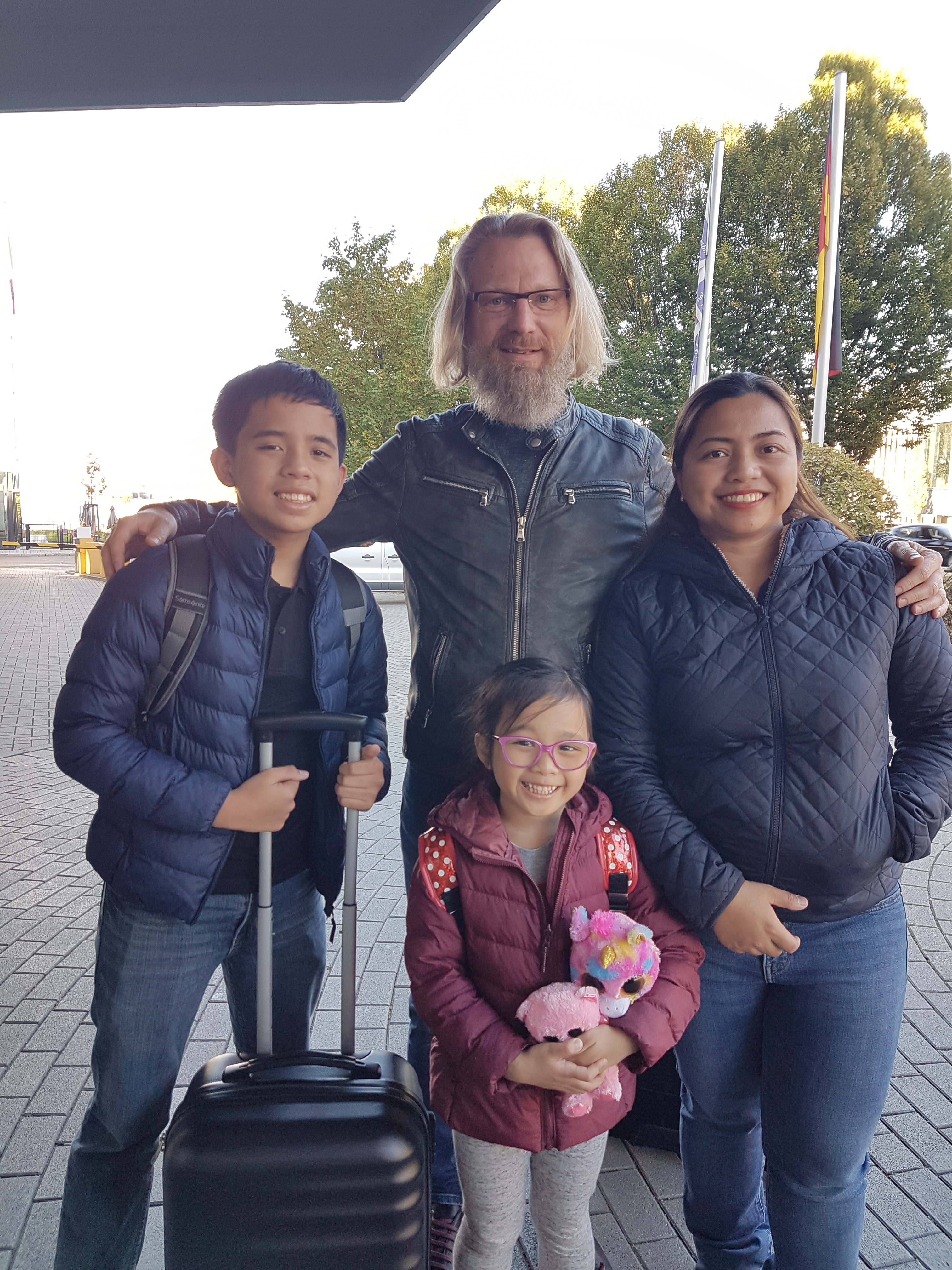 My son Josh and my daughter Bianca (now 6 years old) meeting Uncle Gunther. I hope to someday tell them this story of hope, perseverance and kindness. 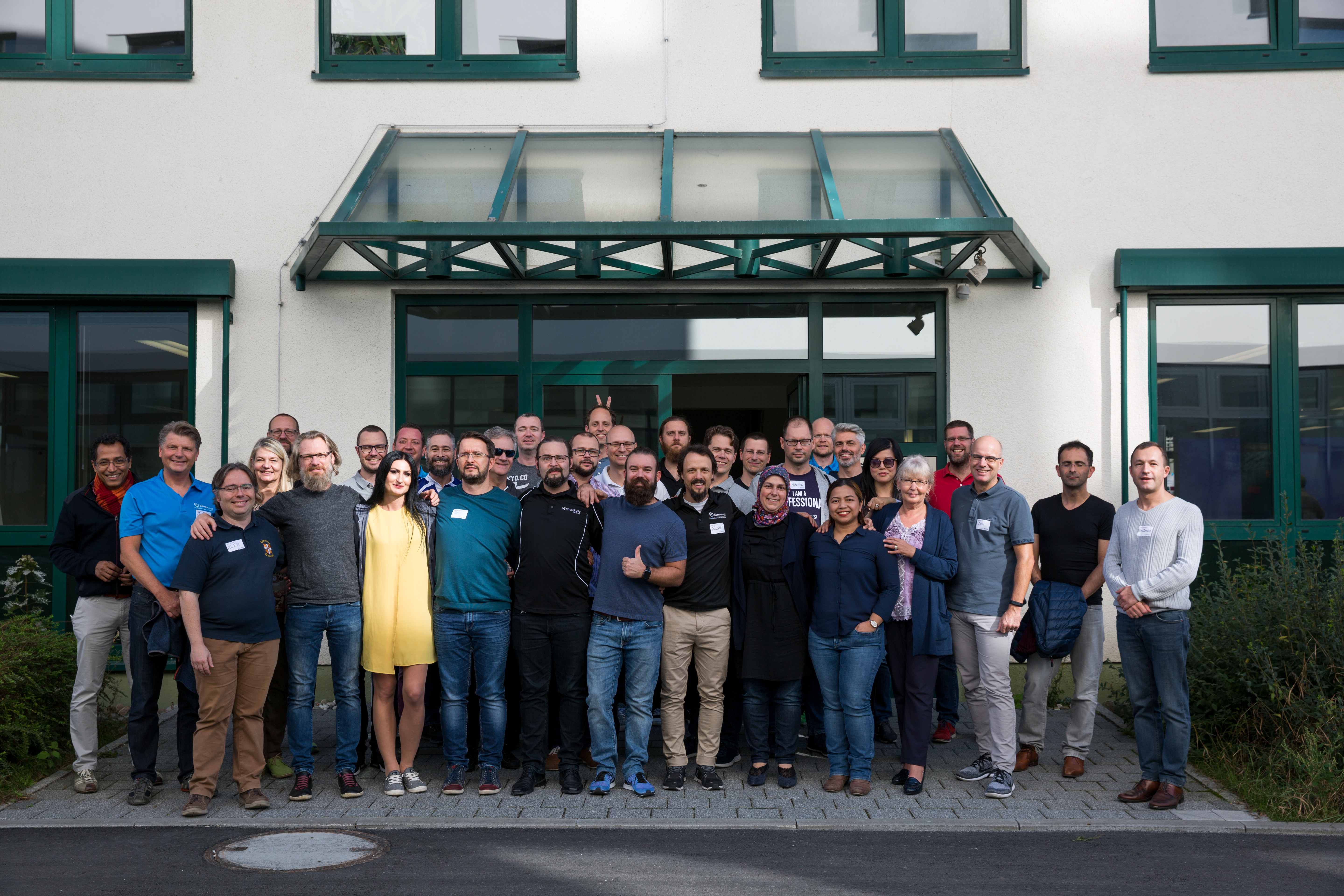